Here is a link to ablog by one of my favorite bloggers.  It is something we should all be aware of in this day and age. 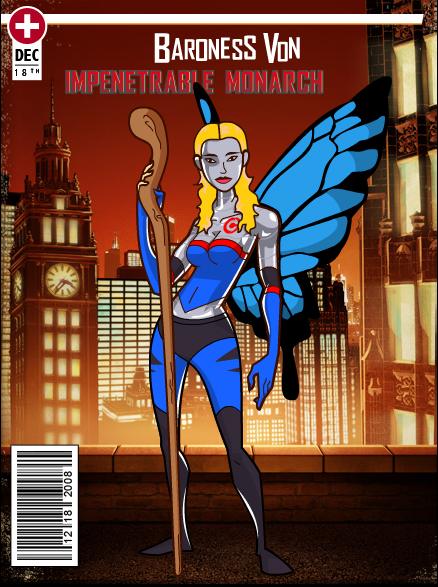 Me as a superhero!

Go here to make your own superhero!

1. In my many years I have come to a conclusion that one useless man is a shame, two is a law firm and three or more is a Congress.
— John Adams

4. I contend that for a nation to try to tax itself into prosperity is like a man standing in a bucket and trying to lift himself up by the handle.
— Winston Churchill

5. A government that robs Peter to pay Paul can always depend on the support of Paul.
— George Bernard Shaw

6. A liberal is someone who feels a great debt to his fellow man, which debt he proposes to pay off with your money.
— G. Gordon Liddy

7. Democracy must be something more than two wolves and a sheep voting on what to have for dinner.
— James Bovard, Civil Libertarian (1994)

8. Foreign aid might be defined as a transfer of money from poor people in rich countries to rich people in poor countries.
— Douglas Casey, Classmate of Bill Clinton at Georgetown University

9. Giving money and power to government is like giving whiskey and car keys to teenage boys.
— P.J. O’Rourke, Civil Libertarian

10. Government is the great fiction through which everybody endeavors to live at the expense of everybody else.
— Frederic Bastiat, French Economist (1801-1850)

11. Government’s view of the economy could be summed up in a few short phrases: If it moves, tax it. If it keeps moving, regulate it. And if it stops moving, subsidize it.
— Ronald Reagan (1986)

12. I don’t make jokes. I just watch the government and report the facts.
— Will Rogers

13. If you think health care is expensive now, wait until you see what it costs when it’s free!
— P.J. O’Rourke

14. In general, the art of government consists of taking as much money as possible from one party of the citizens to give to the other.
— Voltaire (1764)

17. Talk is cheap…except when Congress does it.
— Anonymous

18. The government is like a baby’s alimentary canal, with a happy appetite at one end and no responsibility at the other.
— Ronald Reagan

20. The only difference between a tax man and a taxidermist is that the taxidermist leaves the skin.
— Mark Twain

21. The ultimate result of shielding men from the effects of folly is to fill the world with fools.
— Herbert Spencer, English Philosopher (1820-1903)

25. The biggest difference between Republicans and Democrats is the spelling.
— Anonymous 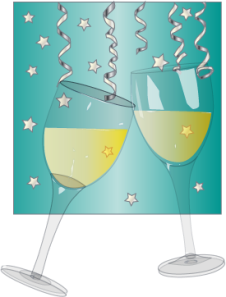 On this day in 1904, Theodor Geisel, better known to the world as Dr. Seuss, the author and illustrator of such beloved children’s books as “The Cat in the Hat” and “Green Eggs and Ham,” is born in Springfield, Massachusetts. Geisel, who used his middle name (which was also his mother’s maiden name) as his pen name, wrote 48 books–including some for adults–that have sold well over 200 million copies and been translated into multiple languages. Dr. Seuss books are known for their whimsical rhymes and quirky characters, which have names like the Lorax and the Sneetches and live in places like Hooterville.

Geisel, who was born on March 2, 1904, in Springfield, Massachusetts, graduated from Dartmouth College, where he was editor of the school’s humor magazine, and studied at Oxford University. There he met Helen Palmer, his first wife and the person who encouraged him to become a professional illustrator. Back in America, Geisel worked as a cartoonist for a variety of magazines and in advertising.

The first children’s book that Geisel wrote and illustrated, “And to Think That I Saw It On Mulberry Street,” was rejected by over two dozen publishers before making it into print in 1937. Geisel’s first bestseller, “The Cat in the Hat,” was published in 1957. The story of a mischievous cat in a tall striped hat came about after his publisher asked him to produce a book using 220 new-reader vocabulary words that could serve as an entertaining alternative to the school reading primers children found boring.

Other Dr. Seuss classics include “Yertle the Turtle,” “If I Ran the Circus,” “Fox in Socks” and “One Fish, Two Fish, Red Fish, Blue Fish.”

Some Dr. Seuss books tackled serious themes. “The Butter Battle Book” (1984) was about the arms buildup and nuclear war threat during Ronald Reagan’s presidency. “Lorax” (1971) dealt with the environment.

Many Dr. Seuss books have been adapted for television and film, including “How the Grinch Stole Christmas!” and “Horton Hears a Who!” In 1990, Geisel published a book for adults titled “Oh, the Places You’ll Go” that became a hugely popular graduation gift for high school and college students.

Geisel, who lived and worked in an old observatory in La Jolla, California, known as “The Tower,” died September 24, 1991, at age 87

When we get piled upon one another in large cities, as in Europe, we shall become as corrupt as Europe .
Thomas Jefferson

The democracy will cease to exist when you take away from those who are willing to work and give to those who would not.
Thomas Jefferson

It is incumbent on every generation to pay its own debts as it goes. A principle which if acted on would save one-half the wars of the world.
Thomas Jefferson

I predict future happiness for Americans if they can prevent the government from wasting the labors of the people under the pretense of taking care
of them.
Thomas Jefferson

My reading of history convinces me that most bad government results from too much government.
Thomas Jefferson

No free man shall ever be debarred the use of arms.
Thomas Jefferson

The strongest reason for the people to retain the right to keep and bear arms is, as a last resort, to protect themselves against tyranny in government.
Thomas Jefferson

The tree of liberty must be refreshed from time to time with the blood of patriots and tyrants.
Thomas Jefferson